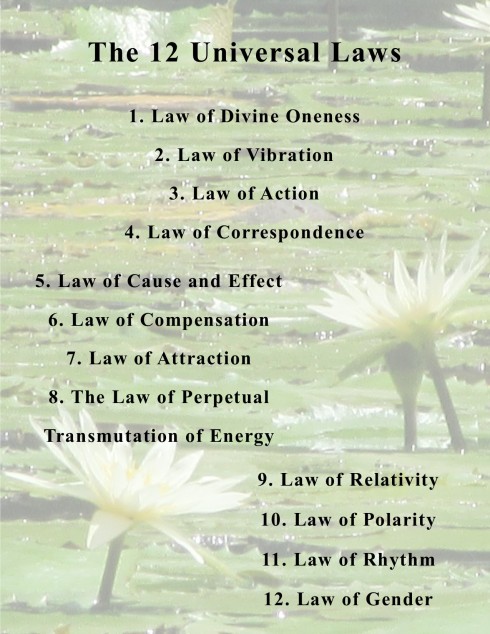 It seems only fitting that as the world shifts from light to darkness, external to internal, life to death that it is time to discuss the Law of Polarity. Polarity as defined by the Merriam Webster dictionary means

In chemistry, polarity occurs when the electrical charge of a molecule is not evenly distributed. Water is a perfect example of polarity. The hydrogen atoms are slightly more positive than the oxygen atoms that it is attached too making the electrical charge of the overall molecule slightly more negative on one end and more positive on the other. Due to this as more water molecules come together they begin to “stick”. Combine this with how fast or slow the molecules are vibrating because of temperature and you have the case of ice, water, and vapor. As more and more water is put into one space the heavier they are because of their attraction or stickability.      Polarity as a universal law finds that there are various degrees of being on a spectrum. We see it as dualistic or two ends of a stick. There is good/bad, life/death, beginning/end, positive/negative instead of cyclical or a revolving. These energies flow round until there is a reversal in polarity, a flip in the switch. During the time the energy builds up in that direction as the process continues over and over. Often, we do not build up the complete amount of energy for a reversal in polarity but we move partially through the cycle. Our bodies are generally in a relatively neutral state unless something drastically shifts the balance. We can build up positive or negative molecular energy depending on our level of hydration. Dry skin and hair tend to be very negative cause the fields to repel each other (think fly away hair) while well hydrated bodies tend to be neutral or can be very positive causing there to be a great density to or our hair clumping together (water molecules because of their polarity tend to draw together). Of course there are many other factors that affect our electrical charge such as body oils, air, and the foods we ingest.

Take note of how your body interacts with metals, plastic, water, and air. Note how your emotions tend to draw you towards certain practices. Notice the way that food interacts with your body. All of these areas will give you clues as to what your electrical charge may be. If you find that you would like to shift your energy hydration will help.